The Brea Dam lease includes other facilities open to the public. 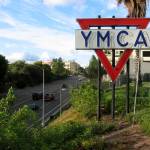 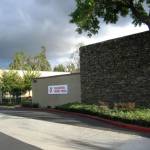 Incorporated into the YMCA’s 2007 lease is the US Army Corps of Engineers lease, DA-04-353-CIVENG-60-123 with the City of Fullerton, dating back to 1959.  That lease was superseded and made void by the new (and current) lease and supplements beginning in 1967.  They did this with Condition 28:

Although the City Attorney or City staff(?) included the lease supplements to the current lease, they have no meaning in the context of the 1959 lease which was also included.  In short, the City is holding the YMCA to the terms of the wrong Army lease.

Alice Loya from Parks & Recreation told me the City doesn’t request approvals from the Army Corps of Engineers. (her reply is in red text)

If true, that is a problem because the YMCA doesn’t have a legal right to occupy that space under Conditions 3 and 23 of the Army lease.

I didn’t find any instances of YMCA money disappearing at the hands of the City, but that’s because the City gives them a $1/year lease as a non-profit who performs their own maintenance. 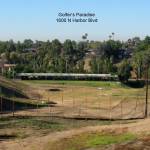 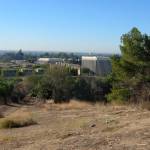 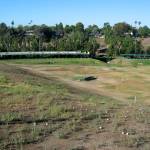 Chances are you know the location if the name doesn’t sound familiar.  This is the golf driving range located on Harbor Blvd. south of the YMCA and immediately north of the AAA Club office.  Since construction in the early 1990’s, it has had numerous owners and business names including Fullerton Golf Training Center Partners, Community Golf, Harbor Golf LLC, and Golfer’s Paradise.

The sublease and its amendments carry the same problem as the YMCA lease in that references to the outdated and superseded 1959 lease also exist.

Fixed minimum rent is $1,500 per month.  Percentage rent is calculated by taking 12% of golf fees and 4% of pro-shop and food sales, and then subtracting the $1,500 minimum.  Any amount in excess is payable to the City.

And below is their Percentage Rent calculation over the first quarter of 2015.

Golfer’s Paradise is responsible for paying all utility bills and for improvements to the land. 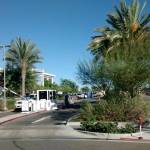 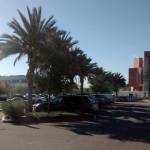 The free parking lots on the south side of St. Jude Medical Center, near the Tennis Center and YMCA were reconfigured as paid parking in 2011 — under the control of St. Jude.  In FY2014-15, the City received $39,148 in their share of the net profits.

Parking availability in these areas (especially Tennis Center) had been problematic for a very long time, but it was the byproduct of St. Jude charging fees to park in their own lots, in addition to not having enough parking spaces of their own.  People used the City’s free parking instead. When you stop to realize that St. Jude was the root cause of this inconvenience, does it make sense for the City to hand over our free parking to St. Jude, have them convert it to paid parking, and allow St. Jude to share the profits?  I would argue no.

The fact that St. Jude agreed to fund all costs of the shared lot is quite telling because users and employees of the City’s various facilities are eligible for free parking validations, and thus, contribute no revenue, at least in theory.  The only reason St. Jude would agree to such terms is because this arrangement benefits St. Jude far more than it does the City.  Without this deal, St. Jude would need to spend millions constructing another parking structure.

You may be thinking, so what?  This is a win-win.  St. Jude pays all the costs and shares the profits.  Users of the City facilities get their parking validated for free. The City comes out ahead every year and doesn’t have to maintain the lots anymore.  Practically speaking, and in this isolated instance, I think you may have a point.

The problem is in principle because once arrangements like these are deemed successful, they tend to spread elsewhere, especially when revenue is generated for the City.  Take the same arrangement and apply it to downtown public parking lots with restaurant owners taking the place of St. Jude.  How would you feel if the public parking lot you’ve long used free of charge became a paid lot with the sponsoring restaurants/bars being allowed to share the profits? I think we would be unanimous in our disgust for such an arrangement.

But that’s essentially what happened with the St. Jude deal. 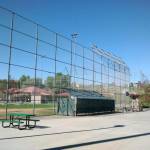 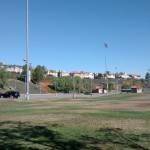 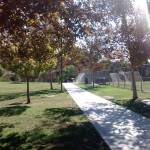 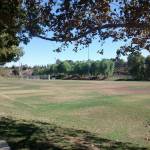 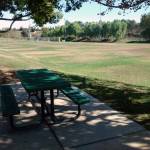 The Fullerton Sports Complex sits on the eastern edge of the Brea Dam leased land.  Fullerton sponsors various youth leagues around the area by allowing free use of the field or with deep discounts on the user fees.  I think this is a good thing.  Other Brea Dam revenue should be sufficient to cover costs of the Sports Complex IF the City manages the money properly, which they aren’t doing too well at the moment.

This is where I encourage all moms, dads, coaches, and others involved with youth sports to pay close attention to Parks & Rec finances and be prepared when the City comes to you and says fees must be increased.  This applies whether your child plays at the Sports Complex or elsewhere throughout the City.  Ask to see detailed financial records such as accounting ledgers before relying on any assertions made.

While there’s no smoking gun in the ledger pictured below, not everything is beyond reproach either.  Do the dollar amounts make much difference in the big picture?  Probably not, but this is only for one year in the Brea Dam fund and most sports fields in Fullerton are expensed to other funds.

Take for example the first highlighted entry.  Power edger blades are without question legitimate expenses.  But does the Fullerton Sports Complex really need 50 blades?  Was the $7000 of mulch charged to this account by mistake, or were Brea Dam funds used to pay for mulch used elsewhere in the City?  Master padlocks are also legitimate expenses, and the City probably has thousands of them around the City.  No matter how many locks were purchased, what are the odds the cost was exactly $1000.00?

The $4,429.60 for the “Fullerton Sports Complex” is probably legitimate too but the description offers no insight into what for.  The leaf blower is probably used throughout the City, and the $3695.75 of “hoes, rakes, reachers, and shovels” likely accounts for other items not described, or maybe a large purchase for the entire department.

The City allocates vehicle replacement and maintenance costs to the relevant funds for vehicles used by different departments.  There is nothing wrong with this practice, but the question always should center around whether the amounts are fair.  Yes, the maintenance staff who work at the Sports Complex have City trucks that need replacing from time to time.  These amounts may also include tractors and riding lawn mowers.  So, is it fair to charge $26,730 and $10,980 to the Brea Dam Fund for this purpose?  I don’t know.

The moral of the story here — in terms of sports field use and user fees — is to respectfully ask the City to prove the legitimacy of any fee increase.  Relying solely on City Council or Parks & Recreation agenda letters and/or Powerpoint presentations may not provide you with accurate information.  Ask for proof.  Ask for accounting records.  Test their reasoning.  This is the only way to ensure you’re not being taken advantage of.