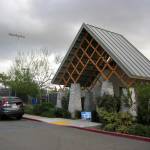 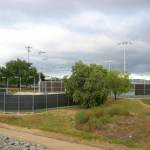 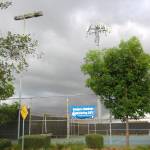 The Fullerton Tennis Center is, for the most part, pretty well managed.  I think this is a credit to Dave Mann, the manager/coordinator of the Tennis Center.

Revenues and expenditures can be viewed in the Brea Dam Accounting Ledger under the 42528 Tennis Center account.  Use the bookmarks panel on the left side, if available.  Otherwise, scroll down to page 77.

One major problem exists with the compensation given to a part-time tennis coach/instructor. Put very simply, in FY2014-15 he was paid $128,898.81 as an independent contractor.  Scroll down to pages 112-113 to see for yourself.  This doesn’t include health insurance or pension benefits, but on the basis of gross wages alone, his compensation is nearly identical to the Director of Parks & Recreation, Hugo Curiel.

I have nothing against Mr. Matek whatsoever.  But I can’t remain silent on this given the budget deficit facing the Tennis Center.  His payments of $128,898.81 account for 40.8% of the revenue and 39.6% of expenditures for the Tennis Center.

The next highest compensated person at the Tennis Center is Dave Mann, whose gross wages were just shy of $52,000 over the same period.

I inquired with Julia James, Director of Administrative Services and our City Treasurer, what was going on.  She responded that it was a Wage Garnishment and that the details were confidential. That’s fine, I have no interest in other people’s personal financial problems. That’s why I decided to redact the person’s name on those pages.

There’s still one problem remaining, unfortunately.  The person whose name I redacted is NOT a City employee and didn’t receive any compensation from the Brea Dam fund.  The person’s name didn’t appear anywhere else in the ledger, so I brought this to Ms. James’ attention.  I never received any response.